It's all up to us - for better or worse 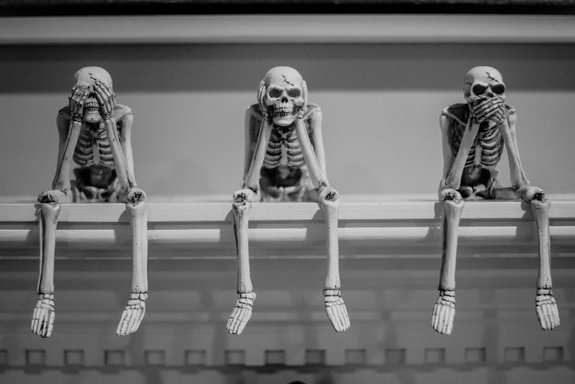 KNOWLEDGABLE AND INTELLIGENT:
But blinded by faith

What happens in Vegas, stays in Vegas. Many of us know this saying, and typically relate it to a funny Hollywood movie, where an unfortunate incident is wrapped in secrecy and denial, and never to be spoken about again.

But somehow, this mindset has infected our minds in a way that influences our behavior in most other areas of our daily lives. Down the drain, and it's gone. Out of sight, out of mind. Dump it, and let's get out of here. Bury it, so no one will find it. Put a match to it, and burn it to the ground. Dump it in the ocean, then it is gone forever. Now it's somebody else's problem.

The problem is, that it's not. And when too many people are behaving like this, and has done for too many years, it suddenly becomes everybody's problem.

Who are "we". The easiest way to look at this, would be to state that we are all to blame. All of us. But that would not be the true story.

Let's be more specific. Currently, more than 7 billion people are living on Earth. Many of these people are living in poverty, in underdeveloped countries,  with no real options to change the world. Even though they want to change the world, they would not know how, and they would not have the means to do it. For those people, life is reduced to a matter of how to survive, and get food on the table. Today and tomorrow.

To avoid turning this into a mathematical calculation exercise, let's assume that at least 10% of all people, meaning 700 million people on Earth, have gone through proper education, and understands the larger picture. They have attended classes in biology, physics, chemistry, evolution, ecology etc. This group of people have a basic understanding of what is good and bad, when it comes to how we treat the Earth, the environment, the flora and fauna, and our own body. 700 million people have a basic insight into the major cause and effect relationships , but they are not directly responsible for where this world is going.

Of all these people, maybe only 1% of them = 7 million people on Earth, is in a situation where they are directly responsible for how we got here, and what happens next.

Politicians, owners and executives of large organizations, corporations and companies. They know the consequences. They have known all along. Some of them just didn't care. Or maybe that is a bit too harsh. Let's rephrase it. They knew, and despite of that, they chose not to do anything about it.

The key takeaway here is, that 0.1 % of the population of the world is governing the development of the world, for better or worse. Please notice that this story is not only about current companies and politicians. Our current situation did not happen from one day to the next. For the last 50 years, at least, the science and facts needed to take informed, responsible decisions, have been publicly available.

Whether some of those 0.1 % were driven by greed, obsession with power or megalomania, is impossible for us to say anything about. But their ignorance and neglect has resulted in a global situation where the Earth's resources have been depleted, soils and food is polluted by chemicals, heavy metals and radioactive substances, and our climate system is spiralling out of control.

Well here we are. Basically we are fucked.

The 7 million people are responsible for getting us here. Whether they will ever be held accountable or not, time will tell.

And the rest of us. Were we asleep? Were we not paying attention? Or did we just enjoy the ride, without ever speculating about the day after tomorrow, and our fellow man, on the other side of the globe?

Maybe we don't read enough books. Maybe there is something wrong with the educational system. Or maybe Homo sapiens is simply not clever enough to foresee the consequences of its actions. But again, this is why we have politicians in the first place. To take care of the society, the citizens and their shared values.

And I guess that we can conclude that the 7 billion people voted the wrong people for office.

(though sadly enough, we must also admit that many of them don't even live in a country that have fair, anonymous and transparent democratic elections).

It has now become urgent to change the trajectory of the Earth's ecosystem. The time is now. Your generation will have to undo, or as best as possible mitigate, the disasters and wrong-doings of the past.

Our future depends on it. 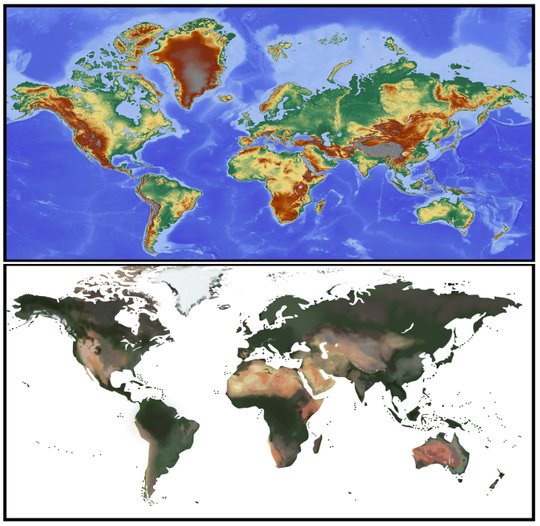 What were you thinking ...

Don’t let them fool you.

Climate change is not only about rising sea levels.

Climate change is not only about more catastrophic weather

Climate change is not only about choral reefs dying

Climate change is not only about animals going extinct

Climate change is not only about crops being destroyed, and food shortage

Climate change is not only about areas of the world being uninhabitable, and emigration of up to a billion people

Climate change is not only about balances being shifted, and unpredictable consequences …

Climate change is about ALL that - happening gradually, and most of it much sooner than you think.

Climate change will change YOUR life.

Climate change will change EVERYTHING about your life.

Climate change will disrupt everything thing that you THOUGHT WERE STABLE, were never changing, everything you thought you could count on, ..

And changes are coming much sooner than you think. If you open you eyes, you will see them already.

Within the next 10 years, you will no longer be in doubt. And you will be sorry.

Don’t let them fool you.

You will be hit - but no one will help you 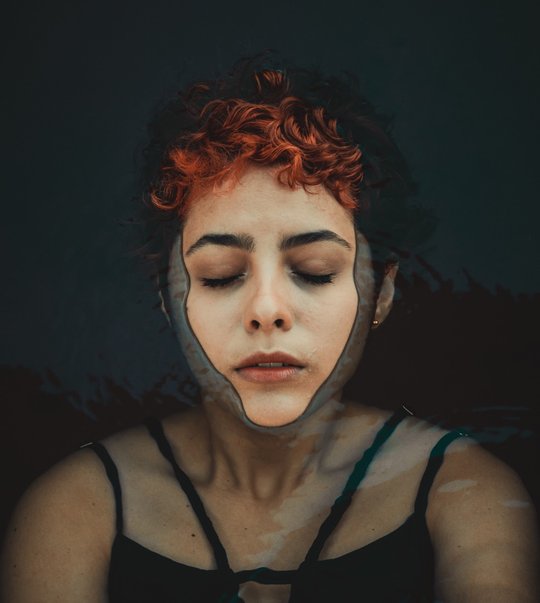 The sea level is rising, and within your lifetime it will have risen even more.

How much will it amount to? Is it centimeters or inches or meters? No one really knows.

But it is for sure, that it will happen, and when the oceans grows, the landmasses shrinks, and we will all have to move closer together, but no one has to drown.

Occasional flooding will start emerging even sooner, in the areas that will be impacted the most by the sea level rise. The frequency will be growing, and the severity of the damages and the impact it will have on the devastated communities and their livelihood, will be catastrophic. But no one seems to care.

Their houses and acres will be worth nothing, they will get no compensation, and no one will be interested in buying it.

They will have to move, and maybe even far away from home. But no one will help them relocate.

They will probably have to leave all their belongings behind, only be able to bring what can be contained within a suitcase, and no one will be able to give them advice or navigate them to a safer place.

But as tragic as this may sound, this should be the least of your worries.

Climate changes will influence almost all aspects of our daily lives, and the rising of the sea levels will neither be the biggest challenge nor the first globally disrupting effect that no one will understand before it slaps them in the face.

No one will be able to completely dodge the effects of the climate changes, and the ramifications will be global poverty, instability and a fight for food and resources.

Who can prevent this? No one.

We have to do it together!

Facts are facts - but who cares ? 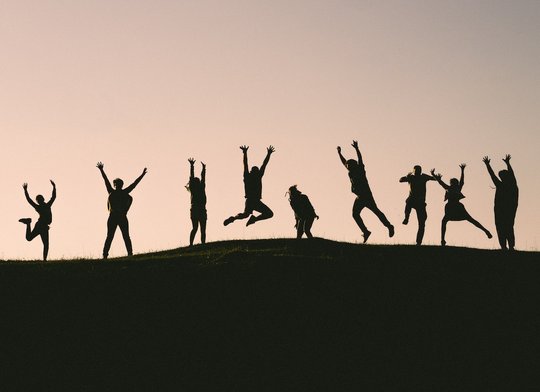 We are only humans - are we to blame ? 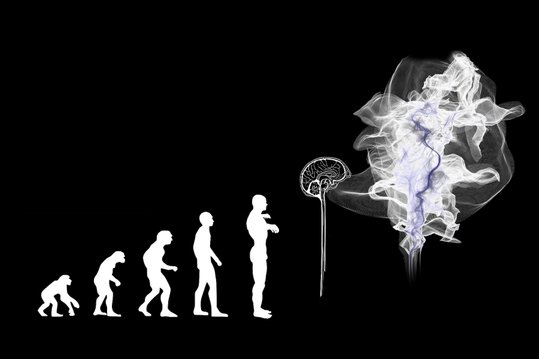 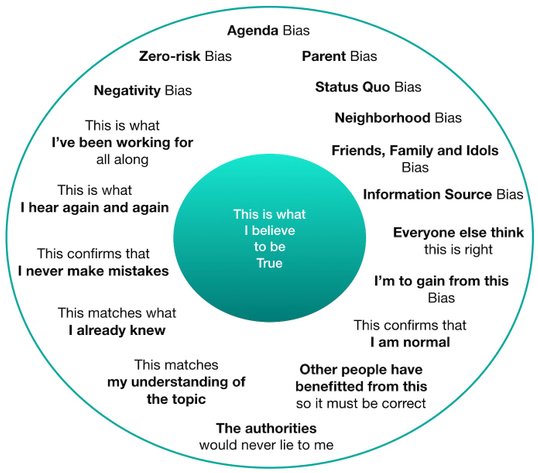 We are only humans. And unfortunately the human mind can be an amazingly blunt instrument. Conservative and prejudiced.

At the time we are born, our mind is preprogrammed with very few, basic instincts, and not much knowledge, if anything at all.

The instincts given to us at birth, are about foraging, eating, surviving and reproducing. And to support those basic activities, the young brain is also wired with an exceptional ability to investigate, observe, decode, learn and make use of acquired new knowledge, to our own advantage.

The more we experience, the more we learn, and the older we get, the more we start loosing this neural plasticity that at the beginning of our life was key for our adaption to the world. If you think about it, it is actually reasonably predictable. Your points of view, your understanding of cause and effect, and your perception of what is sensible behavior and what is not, has kept you alive until now, and therefor give you confidence. And with this confidence, it also becomes very difficult to change your mind. In psychology, this pre-determined state of mind is called bias. Bias towards what you are used to, what suits you the most, and what matches best with your already established frame of reference.

But we are not robots. We can use our intelligence to take control of this bias, if we chose to. And it all starts with acknowledging that we, as human beings, are biased.

In a modern world, ego and tribe thinking is the enemy of the common good. Lack of cognitive abilities is an obstacle for making good decisions.  Biases can be compared to blindness, loss of objectivity and rationality, and unavoidable misjudgment. It is important that everyone of us is willing to know our biases - and look through them, when having a dialog about the important topics of the world we share together.

The time is now - and then it's gone 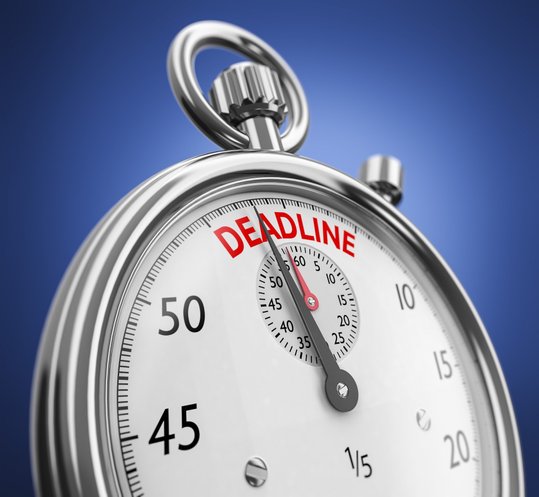 This might seem insignificant to you. You might think that at some point in time, someone will invent the time machine that so many movies have speculated about, since the beginning of Hollywood - and even before that.

Maybe we simply can’t help it. Because this longing for a better future, and for someone to pull up, outside our door and solve all our problems for us, is something that is inherently human.

Maybe it has also something to do with the fact, that the world has become so complex, and new inventions and new information is coming in from left and right, in an ever increasing tempo. And none of us have the knowledge and skills to keep useful information from fake news, and fact from fiction.

Even the physicist are to blame. Sometimes we hear a renowned physicist proclaim that there is something called time warps and wormholes. This happens from time to time, when physicists get lost in the complex mathematics. They should know better. They should not speak about such topics, as if they are facts. Because they are not.

Your best weapon against nonsense, is to be skeptical about everything you hear. The second best thing is to stop listing to people and politics - if you don’t have any way of distinguishing the scientific facts from the BS. Unfortunately, none of these strategies will really give you control over your own life, through.

If you want to be in the driver’s seat of your own life, you need to get involved. You need to seek knowledge and insight.

Understand your choices. Support companies that takes care of the environment and resources. Vote for politicians that think about the citizens instead of themselves.

The time is now. Get into the driver’s seat.